[You can see all these images, plus more, in high resolution: here.]

This was my eighth bike ride on a section of the 350 miles of the S.F. Bay Trail currently completed, with a goal of 500 miles, continuing north on the west side of the Bay.

The weekend before this ride in late October 2021 – that is, the weekend before Hallowe’en — the San Francisco Bay area experienced a bomb cyclone (see Note below).  A drop in atmospheric pressure of at least 24 millibars earns this description; but we experienced a drop of 942 millibars!!  A week after this record rain event, I’d been hesitant to get back on the Bay Trail since so much of what I’d ridden on so far had been unpaved.  Checking the maps for this weekend’s rides, I found paved trails to try.

I parked in the large parking area next to the Belmont Sports Complex on Island Parkway.  The Bay Trail feeds out of the complex and leads down to the Belmont Slough.  My plan was to follow along the north edge of the slough till I reached the western edge of the Bay, then head north for a long ride, passing under the San Mateo Bridge and going as far north as the Coyote Point Recreation Area.

All well and good.  Then, a half mile along the slough, I came upon a huge fenced gate and a sign notifying all that the rest of this section of Bay Trail was closed for some type of habitat restoration, a Levee Improvements Project.  A detour sign pointed to the left towards a narrow dirt path that looked anything like a Bay Trail.  However, I decided to ride on it as far as it might go.  It hugged the edge of a narrow stream called O’Neill Slough and then merged into a much wider detour trail.  This trail was made of gravel and bounded on both sides by high cyclone fence walls with occasional openings for entry from surrounding communities.

Eventually the trail became a regular paved path, put there by the City of San Carlos, that followed Seal Slough north.  At a certain point it becomes especially wide and is called Marina Lagoon.  All was serendipitous.  I would never have tried this path because it isn’t part of the Bay Trail, but it was a lovely ride.  Small powerboats are allowed in this waterway.  Townhouses line the water on either side.

I passed a group of four American white pelicans floating on the water, performing their synchronized fishing.  All heads dipped into the water at once and then rose up again.  I watched them for quite a while. Double-crested cormorants gathered at different points along the slough, attended by the occasional Great Egret.  The cormorants are all black, with a snitch of orange on their cheeks and jade green eyes.  Some of the cormorants assumed their characteristic stance, spreading their wings out wide in the sun – a way to dry their feathers and get warm.  On one pier, snowy egrets (the ones with yellow feet), black-necked stilts, and California gulls joined the party.

Once again, the path ended, fenced off with a sign stating it was closed beyond.  At Fashion Island Boulevard, we were instructed to follow orange Bike Trail detour signs which led us east along Mariners Island Boulevard.  I was hoping the detour would eventually get me back to the shoreline Bay Trail so I could continue north.  Instead, those signs took me on a wild goose chase through over 5 miles of city streets, only to bring me back to the place where I left the trail.

I gave up.  I went back along the Seal Slough the way I came.  Then I crossed a pedestrian bridge over the Belmont Slough and followed the Bay Trail on the slough’s south edge according to a map I had planned to follow some other time.

This trail took me around a peninsula called Redwood Shores, bordered on the north by the Belmont Slough, on the east by the San Francisco Bay, and on the south by the Steinberger Slough.

Redwood Shores is the home of the Oracle buildings.  Several tall buildings – some oval, some rectangular with convex centers – have all-glass exteriors which reflect the color of the sky and clouds.  The buildings were bright blue most of the time and occasionally had some dark areas when rainclouds passed over.

As the trail along the Belmont Slough approaches the Bay, one can see the San Mateo Bridge not too far off in the distance, just past a row of criss-crossed wooden walkways used by workers to access PG&E power towers.  A spur takes you to a Wetland Overlook but no further.  When the Bay Trail maps say a portion of the trail is only planned, they mean it – this spur came to a fenced dead end.  Several groups of American avocets stalked treats in the low-tide mud.

Despite the bomb cyclone of rain a week earlier, the dirt paths had already dried.  Good to know I only have to wait a week to ride the trail again.  Most winter rains won’t be as bad.  Despite my plan to ride all paved trails on this ride, just in case things were still muddy, the detours along this ride put me back on dirt.  I’m glad I brought the mountain bike.

The Bay Trail bends south through a few of Redwood Shores’ city streets until it reaches a narrow dirt path bordering the Steinberger Slough.  Heading left (east) brings one to a wastewater treatment plant.  The aroma confirms it is still in operation.  Heading right (west), the trail continues to skirt the Steinberger Slough until it reaches the San Carlos Municipal Airport, bending to the right till it reaches Twin Dolphin Drive.  Following that north returns you to Belmont Slough and the start of the loop.

I covered 19.93 miles on this ride.  Total miles riding the Bay Trail so far (including return trips to get back to my car) have reached 132 miles.

Note:  “A bomb cyclone occurs when a mid-latitude cyclone rapidly intensifies, dropping in atmospheric pressure at least 24 millibars (a measure of pressure) over 24 hours. The lower the pressure, the stronger the storm. Once this happens, it will officially be classified as a bomb cyclone.”  The storm that hit California on Sunday and Monday, October 24 & 25, 2021, “had a central pressure off the Pacific Northwest coast of 942 millibars, which is equivalent to a Category 4 hurricane.”   [Sources:  Google searches] 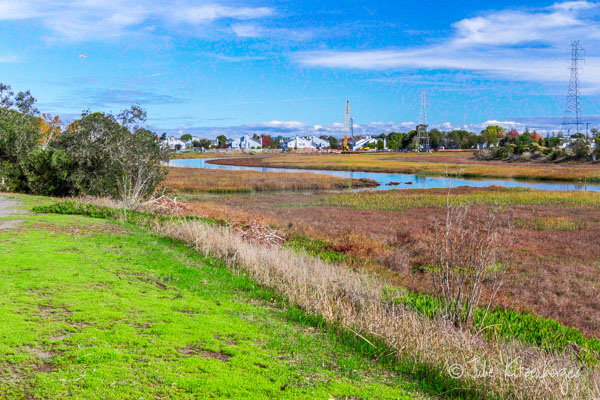 The Belmont Slough and start of ride. 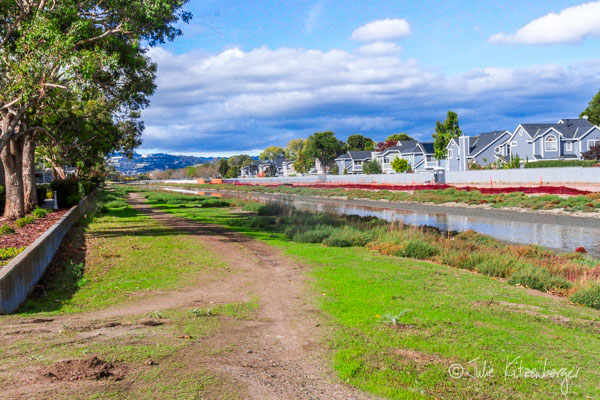 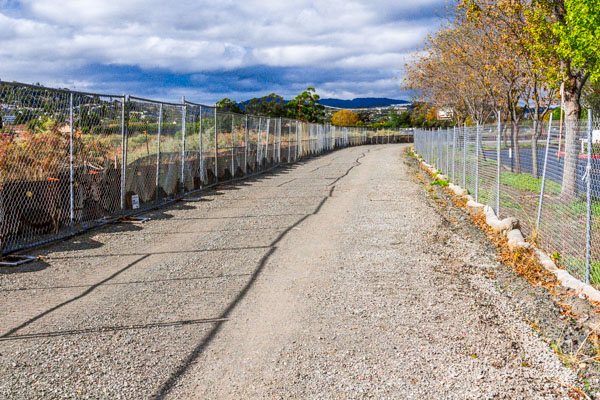 A wider detour trail with occasional openings for entry from surrounding communities. 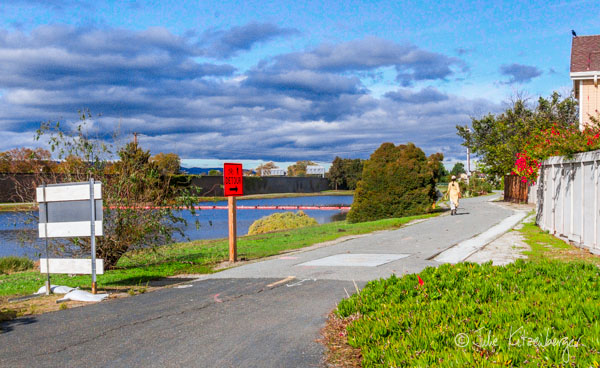 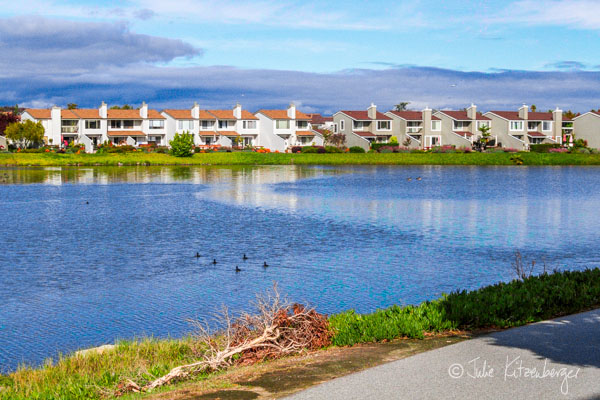 Townhouses line Marina Lagoon on either side. 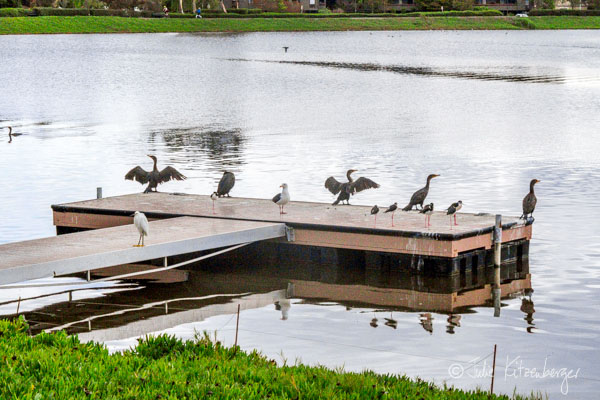 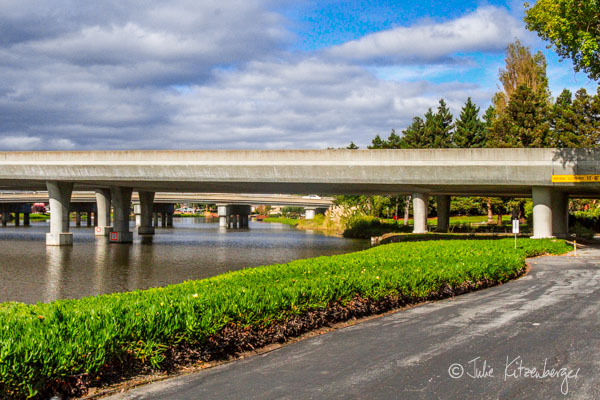 Once again the path ended. 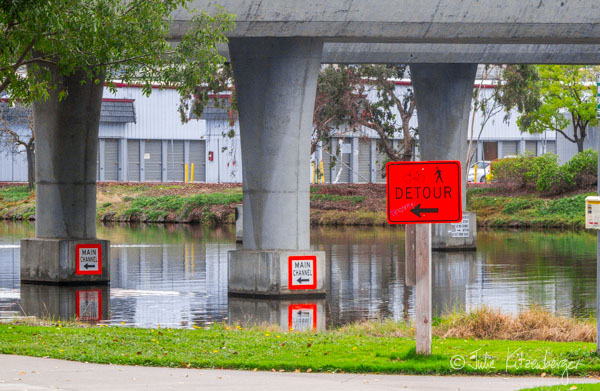 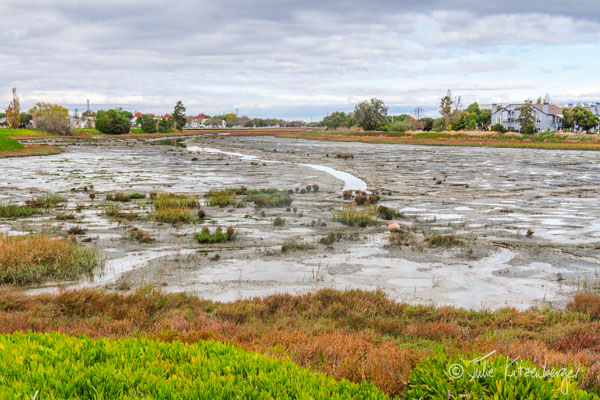 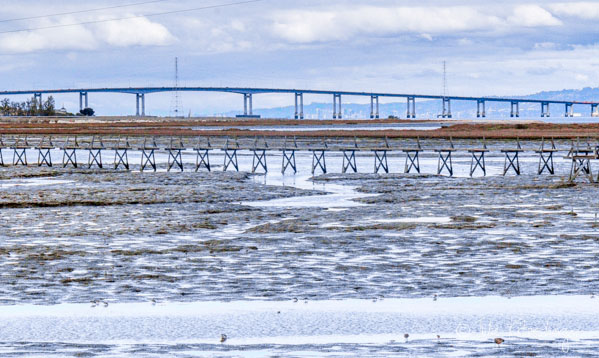 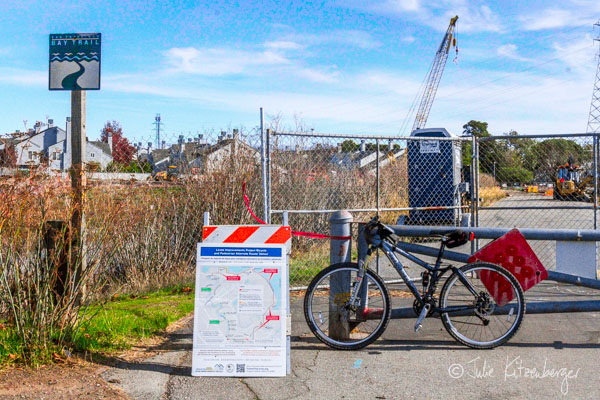 This section of the Bay Trail was closed. 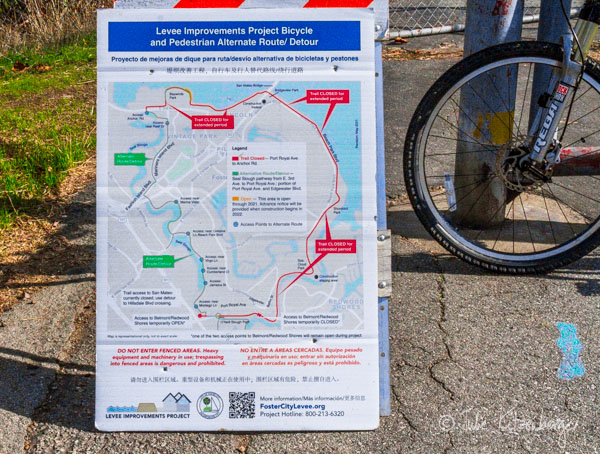 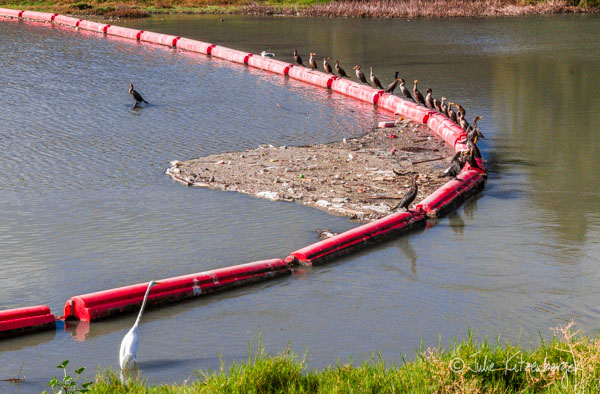 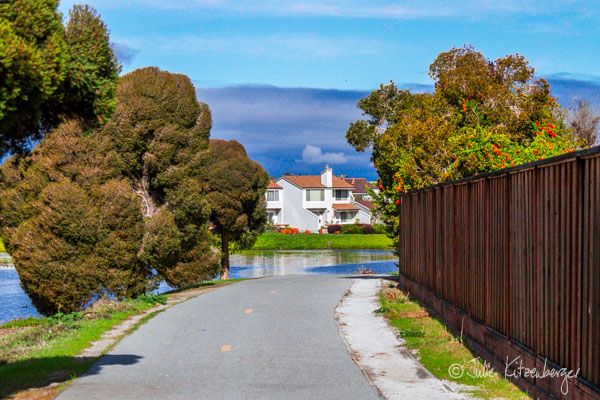 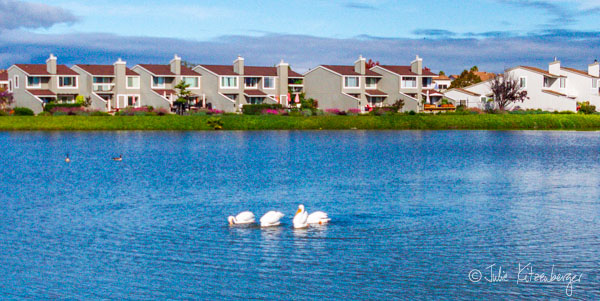 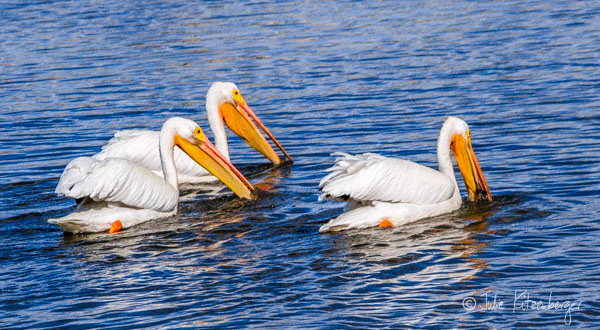 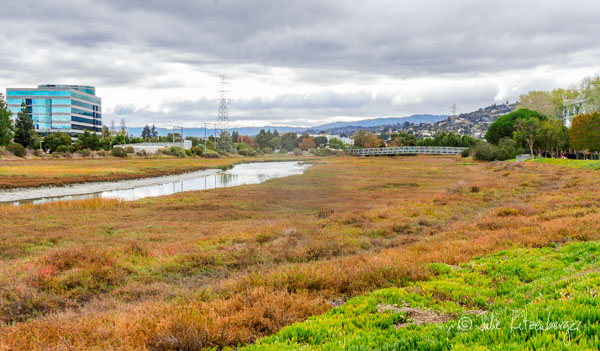 A pedestrian bridge over the Belmont Slough; Oracle building on the left. 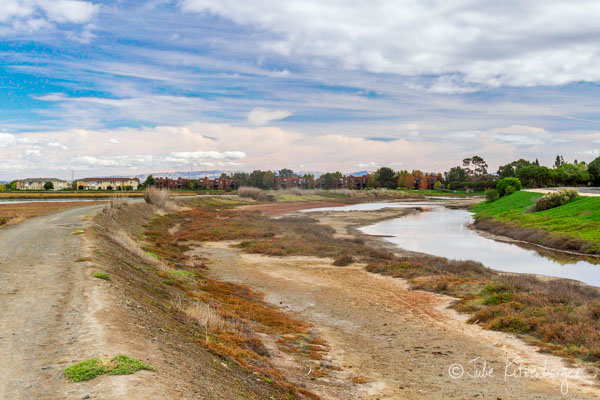 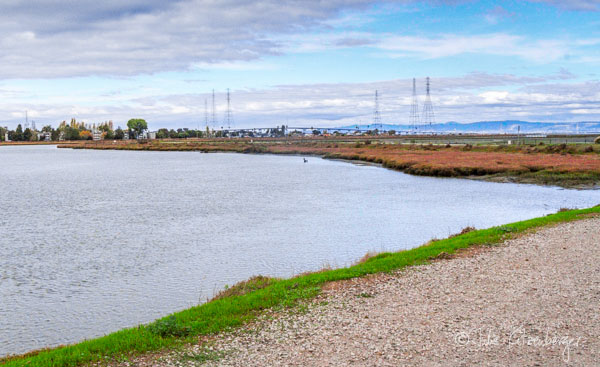 As the trail along the Belmont Slough approaches the Bay, one can see the San Mateo Bridge not too far off in the distance. 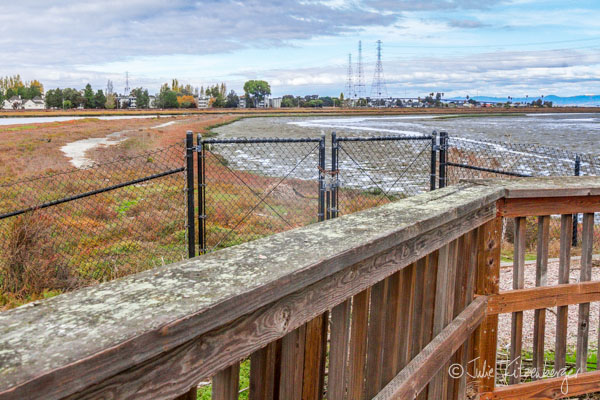 A spur takes you to a Wetland Overlook but no further. 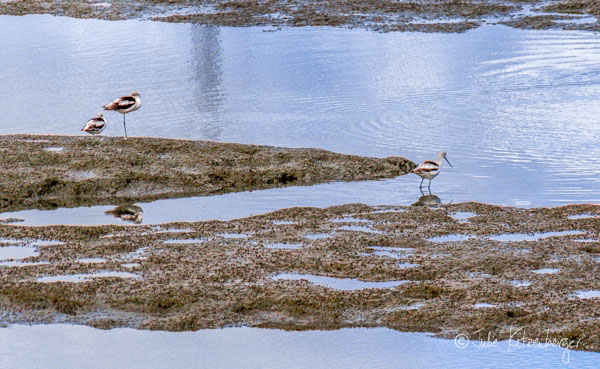 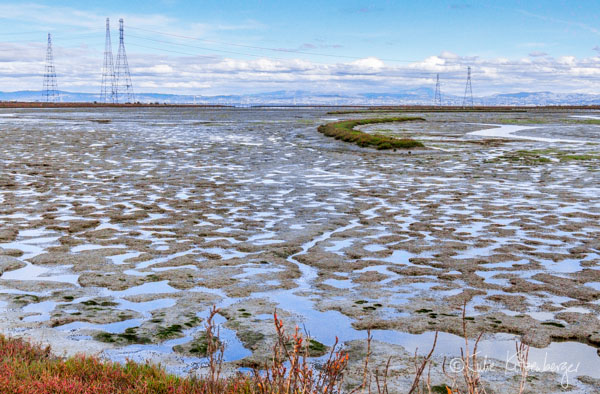 Views from the Wetland Overlook. 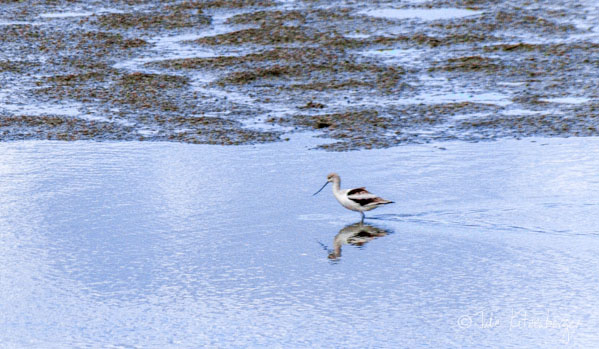 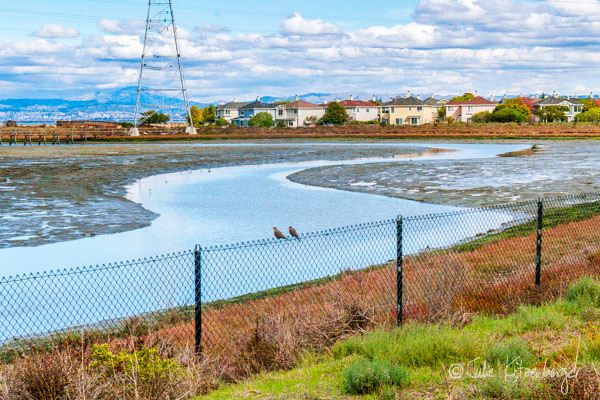 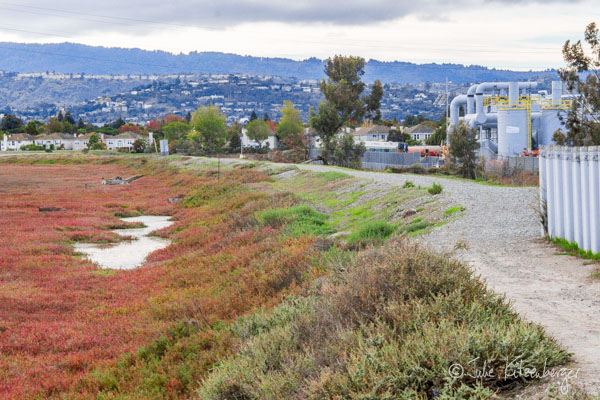 Heading east on the narrow dirt path bordering the Steinberger Slough brings one to a wastewater treatment plant. 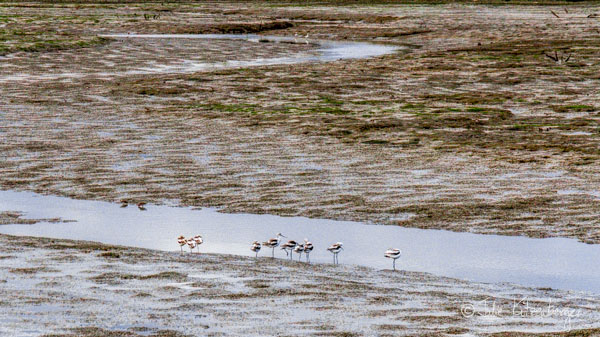 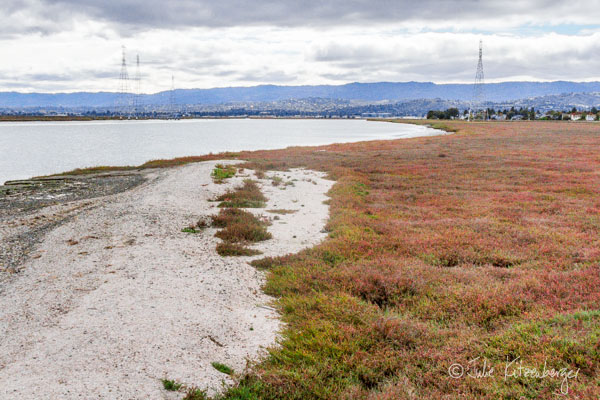 Heading west, the trail continues to skirt the Steinberger Slough until it reaches the San Carlos Municipal Airport.