A TV for STAR TREK 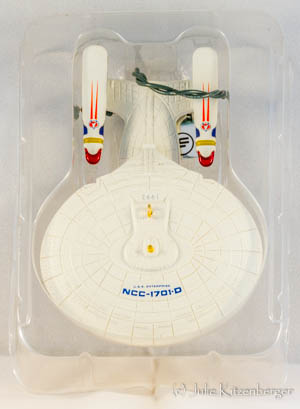 We’d seen it in the previews:  a wide shot of Spock lying on the ground; then a close-up of Dr. McCoy, looking up, saying, “He’s dead, Jim.”  Asking a 10-year-old to wait 7 days to find out what would happen was just too much.

Each day that week I waited with my bike at the corner of Hearst and Acton.  My best friend Pam would ride up on her bike, and we would proceed to school.  But first, we would continue the conversation:  How could Spock be dead?  What could have happened?

What made things worse was that I needed a TV to find out.

My Mom had a black-and-white TV.  They used vibrant colors to create those strange worlds and new civilizations, but at first I didn’t know what I was missing.

The better strategy was to stay overnight at Pam’s house and watch Star Trek there.  Her mom had a color TV.  Star Trek came on Friday evenings at 9 p.m., so my Mom allowed me to watch it.  But my bedtime was 10 p.m.  Pam’s step-father liked to watch Mission Impossible, which came on at 10 p.m.  At Pam’s house, I got to watch both.

The coming weekend was the challenge, as I would be spending it at my Dad’s.

My Dad didn’t have a TV in those days, the days of the first airing of the original Star Trek series.  My folks had divorced and I spent every Sunday at my Dad’s.  Once a month, I spent the whole weekend with him, starting Friday after school.  Which meant we needed a TV so I could watch Star Trek.

Every month my Dad would call around to all his friends and find one who would let us come visit so I could watch my show.  On this particular Friday, we visited a friend of my Dad’s that he knew from construction (my Dad was a carpenter, proud to be a member of the local carpenter’s union).  This friend had a large color TV.

As soon as we arrived, I seated myself on the living room carpet to take in every moment of the newest episode.  Miraculously, Spock did not die.  I don’t remember now which one that was — probably “Amok Time.”  But while I sat transfixed, my Dad was in the kitchen with his friend, talking shop.  It was incomprehensible.

Afterwards, as we drove home, I asked my Dad why he didn’t watch Star Trek with me!  He went into a long explanation about courtesy to friends.  He said he couldn’t just show up at his friend’s house and sit down in front of the TV.

He had to make conversation with his friend and catch up on things.

I couldn’t bear the thought of my Dad missing this important episode.  In those days – and perhaps still today – when I got going, I could talk a lot.  I recounted every word that was said, every action that occurred, so that my Dad could experience what I had.

My Dad shared his account of this for years after:  He loved to tell folks it took me two hours to describe a one-hour show.

Well, that’s what happens when you love Star Trek and you need a TV!

[P.S.  The only photos I had to include with this story were the Star Trek ornaments I bought years ago.]